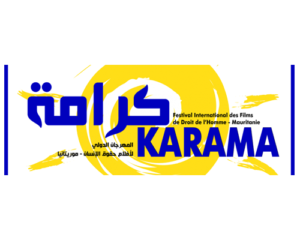 In an effort to fulfil our commitment to raising awareness and shedding light on human rights issues on a global scale; Ma3mal 612 Think Factory in coordination with Maison des Cineastes in Mauritania and the Arab Network for Human Rights Films organized the first edition of Karama Mauritania, an international human rights film festival.The festival was launched in Nouakchott to a sizable audience.

Karama Mauritania was well received by its attendees, especially the youth. For three consecutive days, spectators had the opportunity to watch Mauritanian, Arab and European films that centred around the themes of women’s rights, racism, exploitation of vulnerable groups and other pressing human rights issues. An array of screenings, seminars, and workshops were also made available to the public as part of the festival’s activities.

The Karama Mauritania Human Rights Film Festival is considered to be the first initiative of its kind; one that aims at creating an artistic and cultural space concerned with heightening the importance of human rights issues and focusing on values of coexistence and mutual respect.Such issues are of substantial importance to multi-ethnic societies like those found in Mauritania.