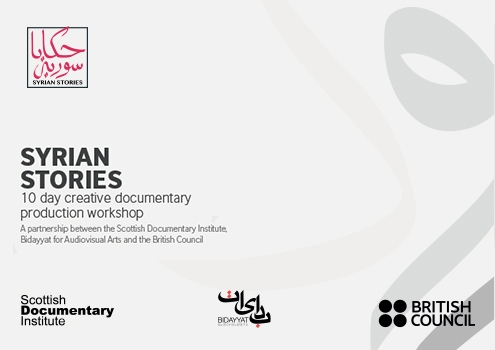 Biddayat for Audiovisual Arts launched a training program under the name of ‘Syrian Stories’ in mid April of 2017. The program aimed to train members of the Syrian and Syrian Palestinian youth who hold an interest in documentary filmmaking related to issues in their communities.

The workshop took place in Amman for a period of 10 days and trained 10 aspiring filmmakers. The workshop entailed a combination of seminars and advisory sessions that were led by professionals in the field. The participants worked in groups of 4 people, a director and camera man in addition to a sound engineer and editor. They produced short documentary films ranging from 3 to 5 minutes in duration; each film presented a unique vision of identity inspired by a personal story or a story to do with the main character.