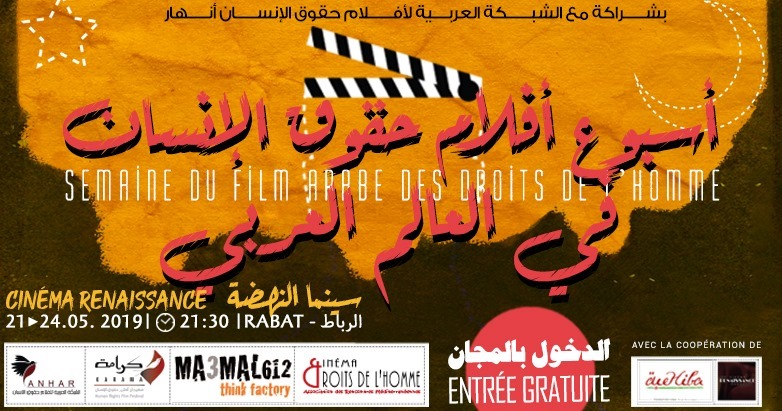 The screenings took place during the period from 21-24 May 2019 at Cinéma Renaissance in Rabat. The program included 12 films from ANHAR film package, such as Stigma by Ehab Al-Khatib, Farid, by Ashraf Shakah, and Missing by Tariq Rimawi.