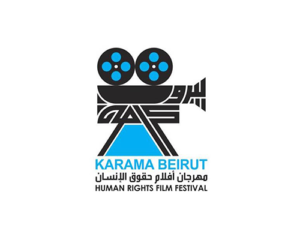 Karama Beirut Human Rights Film Festival is organized by Ma3mal 961, a Beirut-based non-profit NGO, think tank and creative space that aims to advocate and instigate the culture of human rights and the human citizenship. Ma3mal 961’s mission is to denounce violence and the violation of the human spirit in all its forms by cultivating arts and culture through the production and distribution of film, theatre, music, workshops, panel discussions and outreach programs. Ma3mal 961 is an affiliate and the lebanese friend foundation of Ma3mal 612 in Jordan.

Karama Beirut Human Rights Film Festival (KBHRFF) is a film event that contributes, among other well-established and renowned “Human Rights film Festivals” in the world, to spreading a “cinema” that denounces racism, hatred discourse, discrimination and injustice.

The selection of films screened at the festival were meant to engage and inform the audience on human rights issues related to an array of topics such as women’s rights, war and immigration, freedom of expression and civil rights under occupation among others.

The festival’s team members consisted of Haytham Chamass as the festival director, Karma Swearky as the general coordinator  and Najwa Kondakji as the program manager

The theme of the festival was “The Others” and took place in July 2016 in Metropolis Empire Sofil, Beirut. It aimed at raising awareness and contributing to respecting the rights of refugees and minorities in Lebanon and the Arab world to encourage solidarity and support and to advocate for change.17 films were selected for the first edition of Karama Beirut, in coordination with Karama Human Rights Film Festival in Amman. Karama Beirut is part of the Arab Network for human rights films (ANHAR).