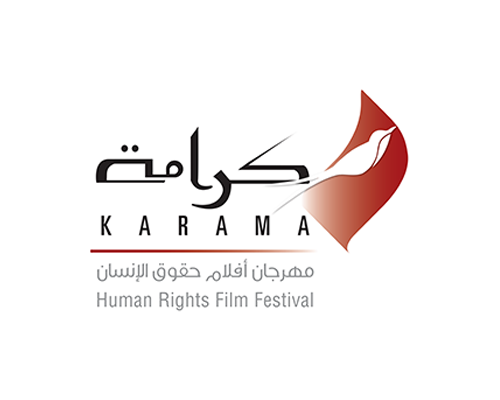 The 8th edition of Karama Human Rights Film Festival in Jordan is set to take place over the course of 5 days from December 5th to the 10th ,2017 and will be under the theme of ‘Give Life a Chance’ and will focus on notions of hope and opportunity.

60 films will be screened at the Royal Cultural Center in Amman in addition to outreach screenings and discussions in Irbid, Madaba, select universities, high schools and cultural centers. Moreover the festival will also hold a musical concert and an art exhibition in addition to a documentary filmmaking workshop and other parallel events focused on youth members.

The idea behind selecting this concept as this year’s theme is an attempt to shed light on the defence mechanism people have developed in face of the constant outbursts of terror and aftermath of war, where the public sees death and relentless injustices as something expected and normalized.

The theme is inspired by John Lennon’s 1969 song entitled ‘Give Peace a Chance’ which went viral amongst counterculture movements that advocated for peaceful resistance against the anti-Vietnam war during that period.

Similarly, ‘Give Life a Chance’ is a call for people to leave their fear and scepticism at bay and restore their faith in life, to be proactive and to not wait for opportunity but to create it and live a life full of purpose and drive and to ultimately fight for a dignified life for all humans.

There is no room for improvement and development if people don’t view life as a chance, one where they have the power to be masters of their own destinies. The theme is meant to inspire Karama’s audience to uphold notions of co-existence in spite of conflicts and constant contradictions.

Through Karama’s 8th edition, we give cinema a chance as well to build a brighter tomorrow, for film is always at the forefront of enlightening the masses through the imaginative ways of its creators. Through film and its ability to ignite sentiments of empathy and inspiration, optimism is instilled in the hearts of the frustrated youth and future generations so that they can magnify the importance of human dignity through everything they do