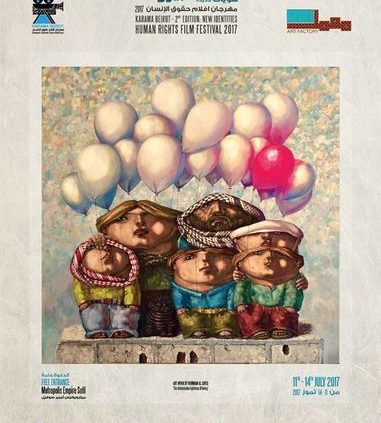 Karama Beirut Human Rights Film Festival (KBHRFF) is a film event that contributes, among other well-established and renowned human rights film festivals in the world, to spreading a cinema that denounces racism, hatred discourse, discrimination, and injustice.

The 1st edition of KBHRFF of which the theme was “The others” took place on July 2016 in Metropolis Empire Sofil, in an attempt to raise awareness and to contribute to the respect of the rights of the refugees and the minorities in Lebanon and the Arab World to encourage and mobilize solidarity and support and to advocate for change.

Humanity has always been confronting new matters; crucial ones which in order to meet we need to change our human behavior and proclaim this change positively and clearly. This change will constitute new paths toward the values of happiness, rightness, goodness, and beauty.

Maybe nowadays all individuals and groups problems are revolving around questions focusing on identity as human rights; which poses a new question: are we in desperate need for a new identity/identities?

Despite the pain of change, the answer seems to be clear. We shall be all integrated by the achievements related to human knowledge that will create of us a new community-based personality able to deal with the rising human knowledge, which will lead us to change.

Linking knowledge with integration will help us stop all traditional invasion means to communicate with other communities. This indicates that all old identities are expired and there is no chance to remain under their umbrella.

Theoretically, human knowledge has dropped old identities; but effectively there is still a long path ahead of us to get to constructive group behaviors.