We would like to welcome the ‘Yemen Will Triumph’ NGO as a new Guest Member of the ANHAR Network.

The country of Yemen joins the Karama Human Rights Film Festival’s subsidiary list; the festival that is organised by Ma3mal612 Think Factory, and originally founded in Amman, Jordan. 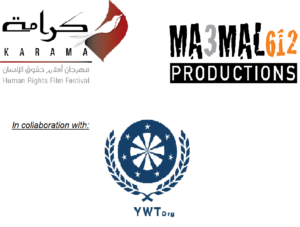 Both ‘Ma3mal612’ and ‘Yemen Will Triumph’ are philanthropic non-profit NGO’s that aim to further build their social & artistic lobbies, in order to voice out the priorities of their regions collectively. Hence, a collaboration between the two would create an even greater philanthropic force that highlights their similar goals.

Stay up to date with YWT on social media: