ANHAR would to announce the conclusion of year 2017’s successfully conducted series of projects, events, and activities, funded by SouthMed CV, and co-funded by NED. Namely, our projects are voiced through The Arab Network for Human Rights Films (ANHAR). 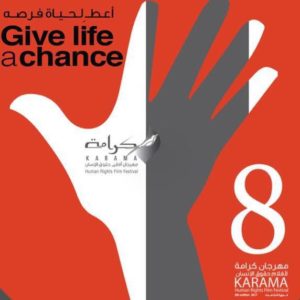 At 2017’s Karama 8 – Give life a chance, we launched the ANHAR Award for best Film, Documentary, and Animation. Also at Give life a chance, the MUST MEET MEETING is a networking meeting that took place within the festival, where professionals, practitioners and human rights festivals directors from Europe and the MENA (ANHAR’s members) participated and networked, shared experiences and connected for future endeavors. 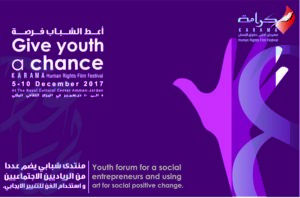 Karama’s perspective as part of ANHAR. The festival dedicated two important slots in its programming to Jordanian artists/activists to be through holding the Karama Youth Forum “Give Youth a Chance” where 40 young Jordanian entrepreneurs and socially engaged youth participated, discussed topics related to creativity, social work, and engaging in national projects. In addition to the Youth Forum, the Karama Festival Jordan has designed a new award especially for Jordanian Filmmakers. The Karama Feather Award for Best Jordanian Film came as a tool to encourage young Jordanian filmmakers who produce and direct human rights films to work more, learn more and most importantly, have a platform that showcases their projects and thoughts.

6 films, which were selected and provided for screening in Tripoli, with Arabic and English subtitles. This event and collaboration was regarded as breakthrough in a difficult country. http://erato.org.ly/

On the occasion of the International Human Rights Day, the Association of Mediterranean Meetings on Cinema and Human Rights (ARMCDH) organized, the second edition of the Human Rights Short Film Night, Saturday 9 December 2017, at the Renaissance cinema hall in Rabat.

The second edition of Karama Mauritania as well included a package of 4 films selected from ANHAR’s and Karama’s film package. The selected films were chosen to suit the Mauritanian audience and their theme. The festival took place in Kabba Leghrigeh – ElMina in the outskirts of Nouakchott.

Stigma, by Ehab al Khatib, is a co-production of a Human Rights Film between Tunis and Jordan: 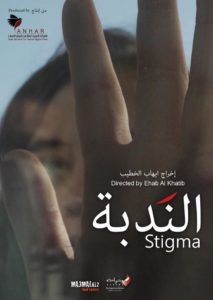 Ma3mal 612 from Jordan and ACTIF from Tunis produced a documentary film directed by Ehab al Khatib and produced by ANHAR, regarding the “308 Penal Code” which instills that “A rapist is authorized to marry the survivor of the crime as a means of bypassing prosecution and punishment”.

When it comes to the outreach program, its intensive outreach program of semi-simultaneous screenings in refugee camps in both Jordan and Lebanon. In Jordan in the Zaatri Refugee Camps, The Irbid Camps, and The Irbid Art Club in cooperation with Medi-Arts. Moreover, Karama HRFF 2017 held its outreach film screening program in three Jordanian Universities, two community centers and one cultural space in Irbid, Amman, Sweileh (Near Saltt City) and Madaba.The Karama Outreach program aims at giving access to communities who cannot attend the festival in Amman or to students specialized in film or Law: Human Rights. This year, twenty two films from ANHAR Film package that were in Karama;s program were screened on five different days. It is worth mentioning that Karama HRFF Outreach program has so far achieved more than seventy screenings in more than twenty Jordanian, villages, and towns.

In Lebanon the outreach program was held in Sabra and Shatila Refugee Camps in collaboration with Basmeh and Zaytouneh NGO, in Bekaa Refugee camps, and in a selection of local universities. The programs are addressing the notion of what the notion of refuge and the word ‘refugee’ mean by screening a total of six films from the ANHAR film package to suite the selected theme screened in the locations mentioned above to audiences reaching over 400 people,

Addition of the newest member of ANHAR – UMMAM for Research and Development, Lebanon Ummam the new member of Anhar Network participated in Karma Human Rights Film Festival in its 8th edition in Jordan with the rest of the network – Ummam research and development human rights based out of Lebanon, participated as an Anhar member in this years’s Jury for the Karama Feather Award for short fictions and Karama Feather Award for feature documentaries voting for the winner alongside the rest of the members. It also participated in the Anhar annual meeting – to get more aquatinted with our yearly projects and development. It also was a huge part of the Must Meet Meeting, a huge meeting featured Anhar Network achievements and short film in Karama’s 8th edition, the networking meeting that was organized for industry professionals to exchange projects and prospect initiatives/ideas in cinema, human rights and advocacy. Ummam’s documentary film ‘Tadmur’ tackling the human rights issue of political prisoners was screened in Karama and a discussion with the audience was held afterwards with the members present. Their film was one of the nominees for the Anhar Regional Award.