Despite the difficult situation Yemen is going through; Karama Yemen in their preparations for the 3rd edition of Karama Yemen, have completed the EU funds proposal, and are still waiting for the response from the EU. Also, they held a competition for young filmmakers, organized by GIZ, in partnership with Youth of the World Together Organization (YWT Org) and Madiba Consult. The competition jurors committee announced the selection of ten film projects from four Yemeni governorates as part of its Arabia Felix Short Film Competition at an online Award ceremony on Wednesday, August 18, 2021.

The Ten Film Projects Selected by the Jurors:

In the coming editions Karama Yemen will adopt a further developed format with a focus on training & capacity building programs – This is now possible as it has grown as a festival and a team, with the continuous support of the ANHAR member countries and the exchange of experience, references and film package. 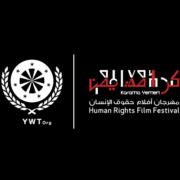