Karama HRFF 12th edition in Jordan was held under the title “Human Rights in a Virtual World” at the Royal Cultural Center from the 5th to the 12th of December, 2021. 51 films were screened in all genres; documentary, animation, short fiction and feature fiction films, from over 20 countries and from different parts of the world. The Opening took place through cinema of the neighborhood screening as a soft opening on the 2nd of December 2021on the walls of old buildings at Amman Al-Weibdeh area. A group of short fiction, documentary and animated films competing for the “Karama Feather” award were shown on the walls of Jabal Al-Weibdeh in Amman, in order to provide an opportunity for cinema attendance in the city’s streets, as a second experience created by the festival last year during the restrictions imposed by the Corona pandemic.

This edition was distinguished by holding highly specialized interactive seminars for filmmakers, journalists and youth. The symposium “Human Rights in a Virtual World” raised the idea of human rights in the digital age between individual freedoms and collective domination, moderated by Tariq Hamdan from Radio Monte Carlo Doualiya (MCD).

The festival organized a “Must Meet Meeting” entitled “Film festivals and media coverage: critique and propaganda” in which many media professionals, journalists and human rights activists from Jordan participated, in addition to the presence of festival directors, film directors and critics from Jordan, Tunisia, Syria, Lebanon, Sudan and Yemen. The attendees discussed the mechanism of covering film festivals, how film festivals became a “red carpet” and a review without content, in addition to questions about the transformation of film festival coverage from film criticism to a descriptive narrative only, and the reasons for the absence of this critical media coverage and contentment with superficial media coverage.

The Annual Youth Forum in this edition focused on the topic “Youth Challenges in the Alternative Labor Market”, by discussing various active youth experiences in societies, in addition to participation from specialized guests in this regard, with screening a documentary film in partnership with the Center for Lebanese Studies (CLS) and the Lebanese American University (LAU) on the path of Young people’s journey from education to the labor market.

On the musical level, the festival regularly hosts alternative bands that raise issues of human rights and values. This year the members of the Egyptian “Emdan Al Nour” band were guests and performed a concert within the festival’s nights. It is one of the most important underground music bands for presenting songs that express the concerns, dreams and aspirations of Egyptian and Arab youth.

At the closing ceremony, the Feather Karama Awards were distributed for the winning films at the festival, and the film “The Stranger” by director Amir Fakher El-Din, winner of the ANHAR Prize for the best cinematic work dealing with human rights issues in the Arab world, was shown. The festival continued with the organization of a community communication program and external performances, in order to reach the audience in new places in schools and universities to spread the culture of human rights films.

At the closing ceremony, the Feather Karama Awards were distributed for the winning films at the festival. The film “The Stranger” by director Amir Fakher El-Din was screened as the film won ANHAR Award for the best human rights film in the Arab world. The festival continued with the organization of a community outreach program and external screenings, in order to reach the audience in new places in schools and universities to spread the culture of human rights films. 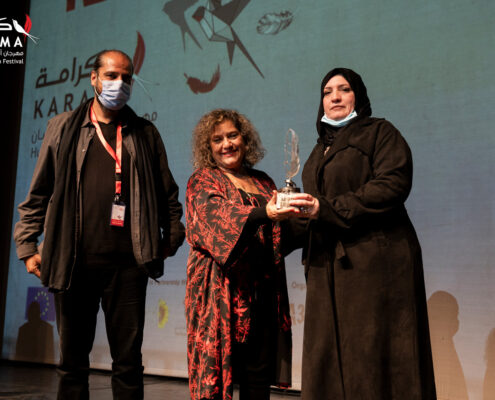 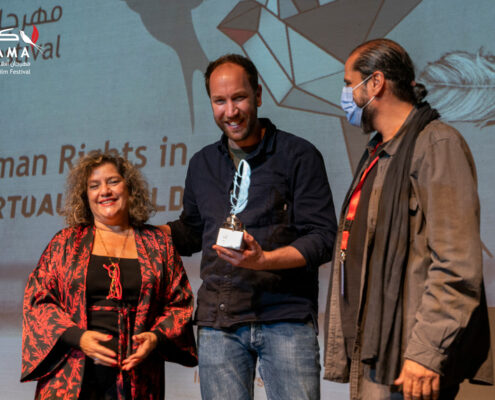 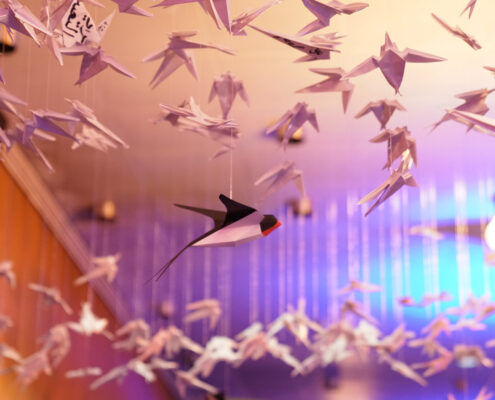 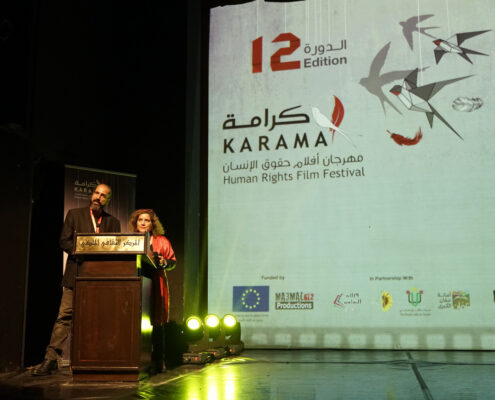 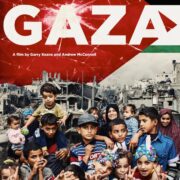